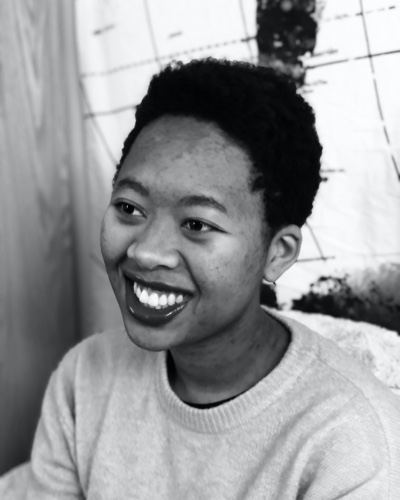 Kemi Ashing-Giwa is an undergraduate at Harvard University studying Integrative Biology with a minor in Astrophysics. Both of which often play a role in her stories’ worldbuilding. She grew up watching Star Trek: The Original Series, and she’s enjoyed writing about strange new worlds for as long as she can remember. Kemi’s short stories have appeared on Tor.com and Anathema: Spec from the Margins. Her debut novel, The Splinter In The Sky, will be published by Saga Press in Summer 2023.

“The Puppetmaster.” Tor.com/Macmillan Publishers (2023 – forthcoming). The emperor of Johari IX receives a letter, sent by the niece he sacrificed to a demon and then sentenced to die.

“The Sufficient Loss Protocol.” Tor.com/Macmillan Publishers (2022 – forthcoming). When an alien entity sneaks aboard a corporate spaceship, with no motive besides sabotaging the mission and murdering those aboard, commander Uzoma Ifiok launches an investigation—despite knowing that the real danger isn’t the one picking off her crew.

“Fruiting Bodies.” Tor.com/Macmillan Publishers (January 2022). An alien fungal infection has ravaged a faraway planet, turning all but six of the colonists into ravenous arinkiris. Inyama, a mycologist, is her species’ last hope. But it’s not expertise her fellow survivors want from her.

“Paper Suns.” Anathema: Spec from the Margins (September 2021). After a mysteriously wounded stranger saves him from a treacherous snowstorm, a young scavenger discovers that some monsters aren’t confined to folklore.