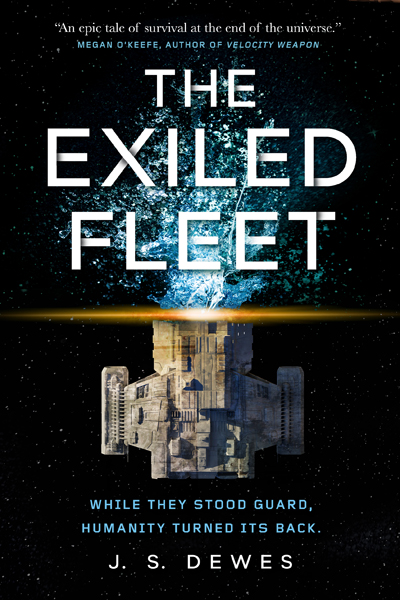 J. S. Dewes continues her fast paced, science fiction action adventure with The Exiled Fleet, where The Expanse meets The Black Company—the survivors of The Last Watch refuse to die.

The Sentinels narrowly escaped the collapsing edge of the Divide.

They have mustered a few other surviving Sentinels, but with no engines they have no way to leave the edge of the universe before they starve.

Adequin Rake has gathered a team to find the materials they’ll need to get everyone out.

To do that they’re going to need new allies and evade a ruthless enemy. Some of them will not survive. 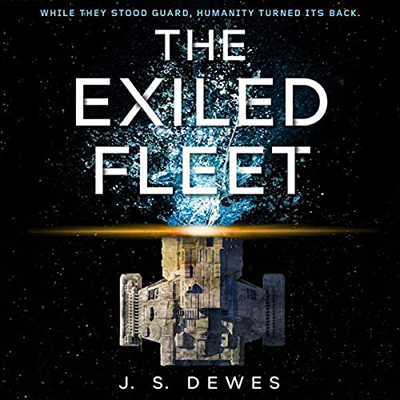 A *STARRED* review from Publishers Weekly:

“Dewes expertly weaves character backstories into the action…Well-crafted intrigue, tense battles, and a lot of heart make for a page-turning adventure on the way to a conclusion that will leave fans anxiously awaiting the next installment.”

“Dewes’s follow up to The Last Watch keeps the action front and center, while presenting an expansive science fiction story that is both richly complex and accessible.” –Library Journal

“Screenwriter Dewes (The Last Watch, 2021) knows how to twist her story in unexpected directions and pull her well-drawn characters out of impossible situations.” –Booklist

“Fleet does a superlative job of expanding on everything that was interesting in Dewes’ debut—and this book is even more engaging and often, more personal…[I]n The Exiled Fleet, Dewes goes far beyond the Divide to points of space as of yet unseen. Here’s hoping the next book in this excellent series keeps propelling us even further into the stars.” –Bookpage

Inclusion on Amazon’s “Best of the Month” list, and roundup coverage from io9

“The novel’s richly drawn band of unlikely heroes, tightly plotted, relentless action, and inventive yet accessible scientific speculation combine to make one of the most stunning sci-fi series debuts of recent years. Fans of the genre — and particularly those already mourning the end of The Expanse series later this year — don’t want to miss out on this nail-biting space epic.”